Beavers are out there making a difference in the world. Do you aspire to do incredible things, too?

Hear from a panel of alumni who will share their stories of creating change in their lives, their communities and around the world. Join us for this free webcast for an opportunity to hear from these impressive change leaders, connect and network with them and others attending the event, and create your own story of change.

Augerot also serves on the Benton Community Foundation Board, the Association of Oregon Counties Board, and was appointed by Governor Brown to the Oregon Youth Development Council.

Prior to her public service, Augerot worked as the executive director for Marys River Watershed Council and as vice president of Wild Salmon Center in Portland.

She has degrees from University of Washington (economics, marine policy) and Oregon State University (Ph.D. Geography, 2000). She was the lead author on the Atlas of North Pacific Salmon (UC Press, 2005). Her primary expertise is in natural resource management, including fisheries, in jurisdictions around the North Pacific. Augerot is an avid reader, loves music and dance, gardening and the outdoors.

Amber Coyne, ’15, graduated from Oregon State University with a master’s in public health, and has special interest in LGBTQ health equity, harm reduction and language justice. She is the public health advisor at the Centers for Disease Control and Prevention (CDC), assigned to the Tennessee Department of Health. She directs a community-based strategic planning process to create the first statewide integrated prevention and treatment plan addressing HIV, sexually transmitted infections, substance use disorder and viral hepatitis. Coyne also oversees projects implementing integrated prevention and treatment strategies.

Her work has expanded community outreach and brought about the use of telemedicine to deliver electronic Directly Observed Therapy (eDOT). Her creative video, “Tubercules Learns How to Get Tested for TB” has been recognized nationally by the TB Education and Training Network for project excellence. She also served as the Prevention Co-Chair in Nashville’s Ending the HIV Epidemic planning process and as the Public Outreach Branch Director in the hepatitis A outbreak response.

Prior to working for CDC, Coyne worked alongside the Swasti Health Resource Centre in Bangalore, India, to re-design and evaluate HIV prevention programming for transgender women in Southern India.

Eric Knox, ’89, grew up in Inglewood, California, and moved to Oregon on a basketball scholarship to Oregon State University. After college he put down roots in Portland, Oregon. While in Portland, he founded an organization in the 1990’s called Urban Progress. Urban Progress was featured in the Skanner, which is the oldest-owned black newspaper company in Portland, as runner-up recipient to the prestigious “Drum Major for Justice” award handed out to those making a difference in marginalized neighborhoods.

He then went on to found HOLLA, a campus-based grassroots mentoring movement in Portland, comprised of first-generation college students and committed professionals who believe in the power of Black and Brown youth. The organization strives to support, represent and empower these children to become future leaders.

In his spare time, Eric enjoys coaching Benson High School girls’ basketball team, where he was able to take the team from unranked to 6A state champions in just a few short years. 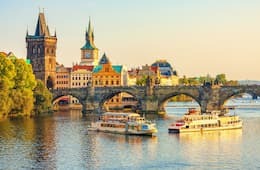 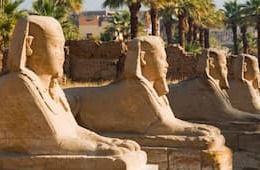 Join on a journey through antiquity travels from vibrant Cairo and the Great Pyramids to Abu Simbel and the Upper Nile for a fascinating cruise on Lake Nasser.&nbsp; 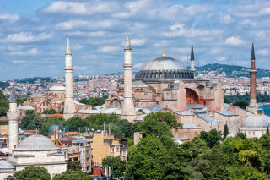 Exotic sights, scents, and sounds reign in this fascinating land where Europe and Asia meet.