A large portion of the funding for the Ava Helen Pauling Chair in the Linus Pauling Institute came from a gift that arrived as a complete surprise. In January 1998, a bank in Maine notified the OSU Foundation that a trust had been dissolved and that the Linus Pauling Institute would be receiving $1.2 million. The trust had been established by Orlo Williams, a small-town lawyer who once wrote to the institute, asking for health information he wished to give to a friend. The institute gladly sent him the requested information and a newsletter featuring the latest findings on nutrition research.

In the following years, Williams contributed a few hundred dollars annually to the institute. No one knew he had the desire or means to make such a large donation.

Institute leaders decided to use this generous unexpected gift to create its second endowed faculty position. Over the next three years, thousands of other donations came in from friends and supporters around the country, and in January 2001, the first Ava Helen Pauling Chair was appointed.

The institute decided to name the chair after Linus Pauling's wife "because she was of great importance to Linus Pauling, his scientific career, and his work opposing nuclear testing and promoting world peace," said director Balz Frei. "Pauling always felt she should have shared the Nobel Peace Prize with him. We are pleased to honor her memory with this endowment." 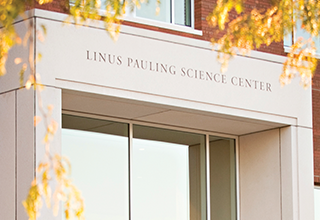