OSU’s finest celebrated at the 2021 Black and Orange Awards

Thank you for attending the 2021 Black and Orange Awards Oct. 21.

If you missed it - or would like to watch again - check out the video above and be inspired by alumni and dear friends of our Oregon State community, each with an extraordinary story to tell about supporting others, forging connections and building success in their careers and among their communities. 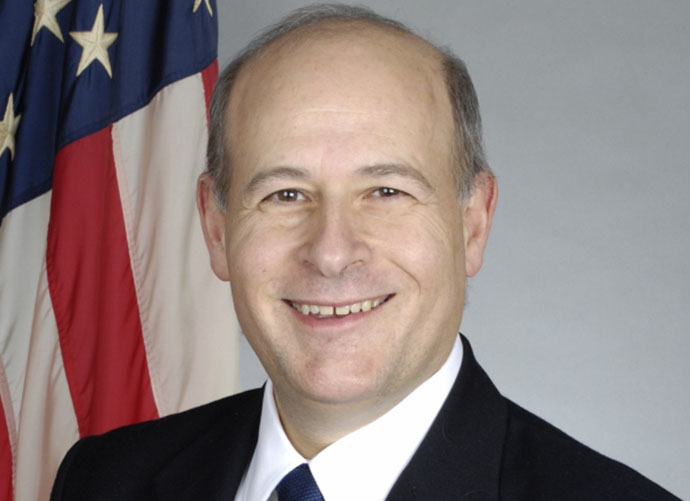 From his days doing his own research  as a graduate student at Oregon State to his present position running one of the nation’s most crucial scientific agencies, oceanographer Richard W. “Rick” Spinrad has dedicated his life to the pursuit of ocean and climate health. Nominated by President Joe Biden and swiftly confirmed by the U.S. Senate in June, he is administrator of the National Oceanic and Atmospheric Administration. This caps 35 years of contributions to public interest research in academia and in various governmental roles. He is widely credited with helping to solidify OSU’s position as a powerhouse of publicly funded research.

As one of the first Black administrators to reach high rank at OSU, Larry Roper was central to many early initiatives to make the university a welcoming place for all students. As he and others have observed, he worked to achieve diversity, equity and inclusion many years before it became common practice on college campuses. Meanwhile, he also became an important mentor to a broad cross-section of students who sought careers in the field of student services and is widely published and recognized as a national leader in the field. 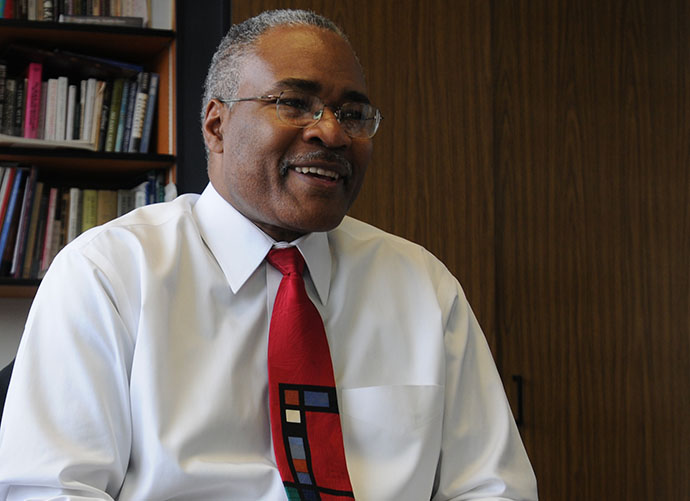 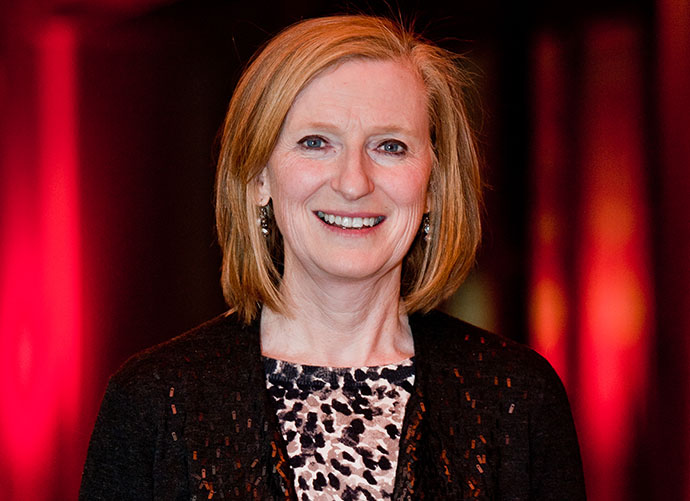 For more than 20 years, Ruth Beyer has worked on the front lines and as a leader to help Oregon State University’s transition from good to great. She turned her attention to her alma mater after breaking the glass ceiling of the aerospace and defense industry at Precision Castparts Corp., bringing her enthusiasm and a knack for disciplined, strategic thinking to bear on the university’s behalf. She has been a valued OSU Foundation trustee and a leader on the Student Affairs Leadership Council, the Athletics Advisory Board and the $1.1 billion Campaign For OSU. Her creative insights were crucial to developing OSU programs such as The Beaver Caucus and the Women’s Giving Circle.

Donate to the Student Emergency Fund in Ruth's honor.

As third-generation Beavers whose eldest daughter is an OSU alumna, the Beaver spirit is the tie that binds the Stirek family. Amid the challenges of the pandemic, the Stireks stepped up to help establish a permanent source of support for students facing unexpected challenges: The Dean of Students’ Emergency Fund. Additionally, John chaired the OSU Foundation Board of Trustees and serves on the College of Business Dean’s Circle of Excellence and Development Committee, and the Athletics Leadership  Advisory Committee. The Stireks have helped secure funding for the completion of Reser Stadium and its elevation to a national best-in-class football facility, with year-round  programs and facilities for all students, faculty and staff.

View Kate and John Stirek's memory book - signed by friends and family to recognize their achievements.

Donate to the Beyond Football program in Kate and John's honor. 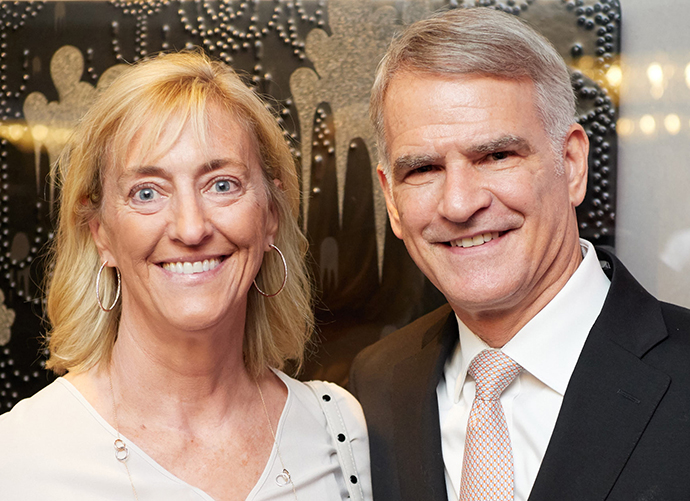 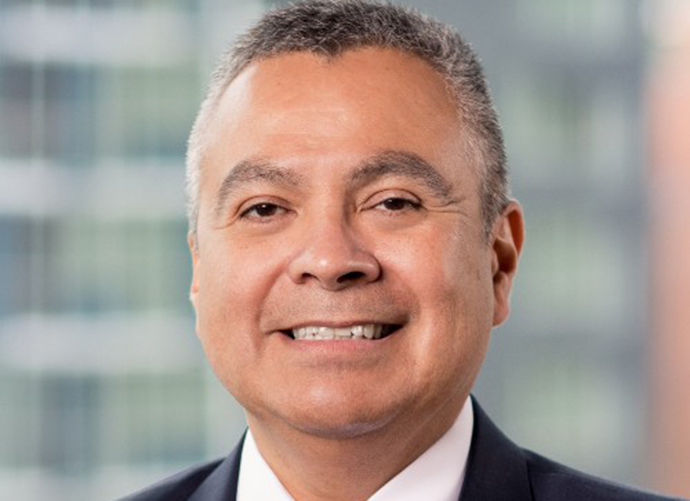 A nationally recognized labor and employment attorney, Román Hernández is a managing partner in Troutman Pepper’s Portland office. While rising to the top ranks of his profession and earning countless industry accolades, he continued to make time to exercise his profound sense of social responsibility in a state where less than 2% of legal professionals self-identified as Hispanic or Latino. He co-founded the Oregon Hispanic Bar Association and is a past president of the Hispanic National Bar Association, representing the interests of 100,000 Hispanic legal professionals nationwide. Meanwhile, he channeled time and energy into supporting diversity, equity, inclusion and social justice work at OSU. In 2020, he provided critical leadership to the OSU Alumni Association’s effort to revive the OSU Chicano/a Latino/a Alumni Network, now thriving as Vamos OSU.

View Román's memory book - signed by friends and family to recognize his achievements.

Donate to the College of Science Renaissance Fund in Román's honor.

During his undergraduate days, third-generation Oregon Stater Wade Westhoff was a long-snapper on the football team and was known as a “glue” player who help maintain tight bonds among his teammates. He has played much the same role as a Beaver volunteer leader, served in multiple roles on the Alumni Association Board of Directors — including two years as chair — during which time he was instrumental in completing negotiations for the integration of the OSU Alumni Association and the OSU Foundation, as well as heading the 2018 search committee for a new OSUAA Executive Director. A life member of the OSUAA and an active volunteer, he spurred social and career engagement among alumni and friends in the Bay Area. After he and his family relocated to Bend, his work continued in the OSU-Cascades community of Central Oregon.

Donate to the OSUAA Board Scholarship for undergraduate students in Wade's honor. 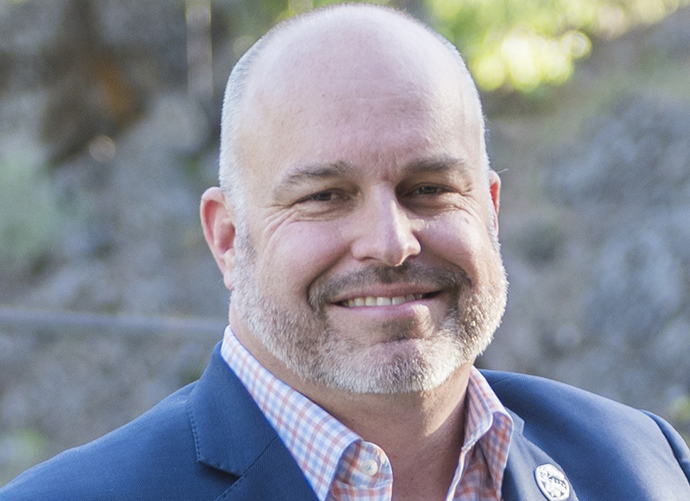 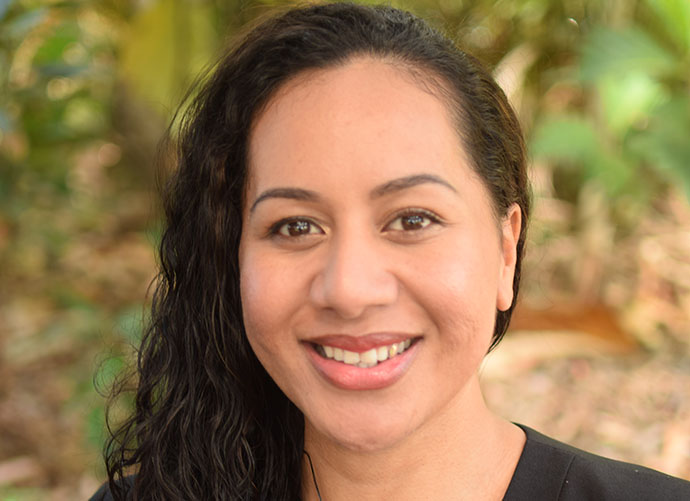 Milikaleakona Hopoi, known as “Tonga,” is committed to empowering women of color, and she sets an example as a leader  who remains  true to her cultural upbringings. Chief of Staff for the Senate Majority Caucus Leader in the Hawai’i State Legislature, she has shared  her positive outlook and organization skills in many roles.  She became the first Tongan to work in the White House  as a policy intern for First Lady Michelle Obama in 2014, was appointed  as special advisor  to the Under  Secretary of Science and Energy within the Department  of Energy and served  on the National Council of Asian Pacific Americans.  The only Pacific Islander  elected president  of the Associated  Students of Oregon State University, Hopoi’s administration was essential in passing the bonds needed to fund construction of the Student Experience Center at OSU.

Donate to the Asian and Pacific Cultural Center in Tonga's honor.

About the Black and Orange Awards

Established by the Oregon State University Alumni Association in 1981 in tribute to an extraordinary man and his contributions to OSU and the State of Oregon. The award honors OSU alumni who make significant contributions to society and whose accomplishments and careers bring acclaim to the university.

E.B. Lemon, ’11, served OSU for more than 70 years. His call for a “permanent alumni home on campus” was one of three primary reasons for the Memorial Union’s construction. Heavily involved with the OSUAA and OSU Foundation, his legacy includes creating the publication that is now the beloved Oregon Stater. Learn more.

Established by the Oregon State University Alumni Association in 2005 and permanently renamed the Joan (“Jo-Anne”) Austin Honorary Alumni Award in 2014, this award recognizes those who have contributed greatly to OSU and the Alumni Association, yet have not received a degree from OSU. Like its first recipient and eventual namesake, these individuals have given so tirelessly of their time and resources to the university that it is obvious that they are Beavers at heart.One of Oregon State's most beloved friends and supporters, Joan (“Jo-Anne”) Austin died June 5, 2013, in Newberg, Oregon, where she lived with her husband of nearly 60 years, Ken Austin, a 1954 alumnus. The Austins co-founded A-dec, the world's largest privately-owned dental equipment manufacturing company, and when they found themselves able to help meet critical needs in society, in their hometown, and at Ken's alma mater, they did so with great enthusiasm and generosity. Austin Hall, the new home of the OSU College of Business, bears their name. Learn more.

Dan W. Poling, ’28, was an influential dean of men, faculty member, mentor, teacher and friend. He served the university and the welfare of students for more than five decades. “Dean Dan” to many alumni, the two-time OSU graduate remained enthusiastically engaged in alumni affairs throughout the years. Learn more.

Established in 2020 in partnership with the Office of Institutional Diversity, the Diversity, Equity and Inclusion (DEI) Alumni Legacy Award recognizes alumni who have demonstrated a deep and abiding commitment to causes of social justice, diversity, equity and inclusion and who exemplify and enrich OSU’s values of community, diversity, respect and social responsibility in their broader community and/or organization. The award recipients are recognized at the MLK Peace Breakfast each year. Learn more.

Established in 2000 by the Oregon State University Alumni Association in appreciation of Jean and Scram Graham's leadership and loyalty to OSU. The award honors individuals who promote the alumni association.

Established in 2006 and permanently renamed the Don and Shirley Wirth Young Alumni Award in 2017, the award recognizes alumni, age 35 or younger, for exceptional achievements in career, public service and/or volunteer activities, which bring credit to Oregon State University. Don Wirth, a 1961 OSU graduate, was executive director of the OSUAA for 21 years and is widely credited with getting the CH2M HILL Alumni Center built. He and Shirley Wirth, a 1963 graduate, worked tirelessly for decades to increase alumni involvement and services at the university. Learn more.