The Glenn Willis Holcomb Structural Engineering Professorship was established in 2011 through an estate gift from Col. Roy C. Edgerton, a 1948 graduate of the College of Engineering. It honors one of Edgerton's civil engineering teachers, Glenn Holcomb. 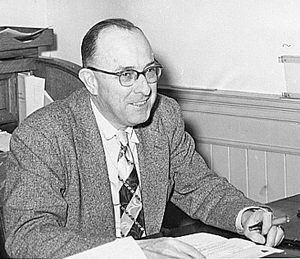 To many at OSU, Glenn Holcomb was simply known as "The Prof." After earning his master's degree from Oregon State in 1931, he taught at OSU for over 30 years, retiring as head of the civil engineering department in 1965. The Prof mentored countless students and was very active within the profession, serving on the State Board of Engineering Examiners and as president of the national-level American Society of Civil Engineers.

Holcomb led engineering projects for the cities of Portland, Eugene, and Corvallis, as well as the State Highway Department. In 1942 he was principal engineer in the construction of Camp Adair, located nine miles north of Corvallis. On campus, Holcomb took the lead in the design of Oregon State College Pavilion, later renamed Gill Coliseum. He loved Oregon State's athletic program, and served with the Intercollegiate Athletic Board and the National Collegiate Athletic Association. Holcomb was also a Corvallis city councilman. He died in 1988 at the age of 92. 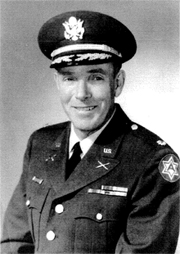 A Louisiana native, Roy Edgerton graduated from high school in Klamath Falls, Oregon, and worked for two years to save money for his education prior to enrolling at Oregon State in 1934. He interrupted his schooling to work for the Oregon State Highway Department and then for stints in the U.S. Army, serving in the European theatre of World War II, including the Battle of the Bulge. After rising to the rank of Major and receiving the Purple Heart, Edgerton was demobilized from active duty in 1945, but continued to serve in the U.S. Army Reserves, retiring in 1974 with the rank of Colonel.

Edgerton returned to OSU to complete his Civil Engineering degree then worked for the Oregon State Highway Department prior to serving as the Assistant Director for Technical Activities for the Transportation Research Board, a division of the National Research Council. Among other honors he received the prestigious W. N. Carey, Jr., Distinguished Service Award and was a fellow of the American Society of Civil Engineers. He passed away in 2011, preceded by his wife, Shirley, in 2005.