The Road to Grandeur

For millions of awe-struck visitors to our national parks, it isn’t easy to keep eyes on the road while taking in the grandeur of these natural areas.

For millions of awe-struck visitors to our national parks, it isn’t easy to keep eyes on the road while taking in the grandeur of these natural areas. But these safe and scenic routes are worth a second look, with gratitude.

The paths to some of the most beautiful places in the West were designed by a Beaver, Bob Nehler, '64.

Born in Newberg, Oregon, Bob first made his mark on a smaller field: the baseball diamond. He was student body president of his high school in Vancouver, Washington, when he was first courted to play for the New York Yankees. An ambidextrous pitcher, batter, first baseman and center fielder, the 17-year-old could throw tag out at home plate from the center field fence.

The way he humbly tells the story, the Yankee scouts just “saw a couple good games.” Fact is, they were impressed enough to recruit him again a few years later, when Bob was playing for Clark College in Vancouver.

But Bob had discovered other passions beyond baseball. At Clark he fell in love and married a fellow student, Kaylene. Together they moved to Corvallis so Bob could study civil engineering. Their first child soon followed, although Bob still managed to play for the Beavers for a season. 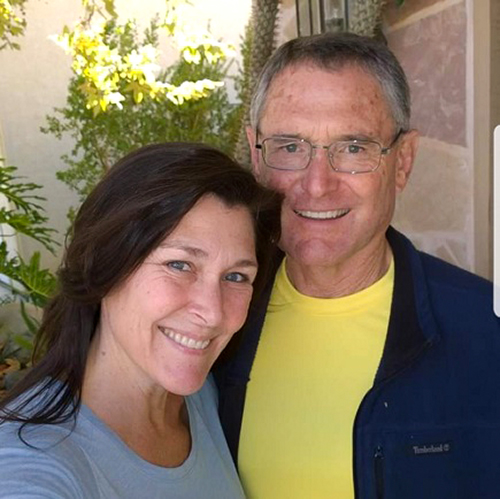 After graduation, the family’s road took a turn into wild and magnificent places.

In the course of his career, Bob would design and/or redesign some of the nation’s most epic scenic highways and byways.

He led Highway 101 projects through Olympic National Park as well as the main access to both Mount Rainier and Crater Lake. After the 1981 eruption of Mount St. Helens, he was responsible for the initial designs to U.S. Forest Service roads around that national monument.

He spent 10 years leading all National Park Service and National Scenic Highway construction in an area including Alaska, Idaho, Montana, Oregon, Washington and the Yellowstone and Teton National Parks in Wyoming: $15-25 million of construction annually.  Later he worked on projects with Denali National Park and the Hells Canyon Scenic Byway, and as well as roads highlighting Oregon’s wonders, from Diamond Lake to Gold Beach, the Rogue to the Siuslaw River.

His influence even traveled across the world, as he worked with the State Department on projects for Saudi Arabia and Madagascar.

All this, while raising four children – two of whom also graduated from OSU (Barbara Nehler, ’89, and Dan Nehler, ’96).

“What a legacy my dad was leaving for our world in the form of the amazing roads he’s worked on throughout his career – roads that will evoke wonderment and awe in me until the day I die,” Bob’s daughter Kristin Tennant says. “I am so grateful to have these ‘concrete’ memories to share with the multitude.”