In 2020, Murray and Linda Smith made a gift that included creating endowed faculty funds in honor of Murray’s parents, who both served on the Oregon State faculty during the period between 1947 to 1968. The Cairns K. Smith Faculty Scholar Fund was established to benefit history faculty in the College of Liberal Arts. 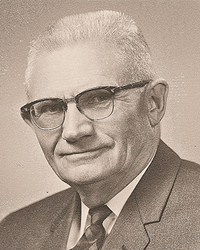 Native Canadians, Cairns and Laura Smith met in Saskatchewan in the 1920s. After a prolonged courtship they married and later emigrated to the United States to pursue advanced degrees, as both were interested in furthering their academic careers. In those days, many institutions of higher learning had restrictions against allowing more than one full-time teaching position within a family. Thus, to pay off their student loans, the couple often had to teach at different universities, sometimes even in different states: Texas, Ohio, Oklahoma, California.

During Cairns’ first year on the history faculty at Oregon State College, Laura and their son Murray were living in Kansas, where Laura was teaching at Kansas State University. The family decided Corvallis was the right place to put down roots and the family reunited in 1947. Professor Smith, or "CK" as he was known on campus, was widely recognized as an outstanding educator. “Dr. Smith’s official honors and popular student acclaim over the 23 years he was professor at OSU made him one of the university’s all-time most distinguished teachers,” said an article in the Oregon Stater after his death in 1968.

Photo from 1965 provided by the Smith family. 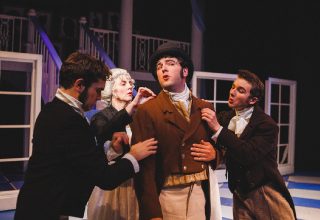 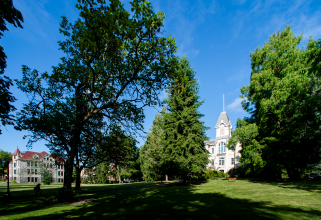 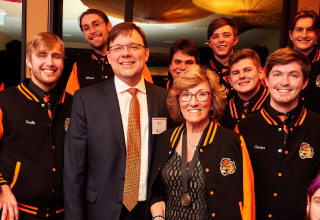