After earning three OSU degrees, Keith Dempsey knows what it takes for Black students to succeed. Now he shows others how.

When Keith Dempsey was a student at Oregon State, he used an informal support network to navigate the unique challenges that Black students face at a predominantly white college.

There was also the Black Cultural Center, the Black Student Union and the Educational Opportunities Program. And he joined a historically Black fraternity, Kappa Alpha Psi.

But it was the personal relationships on campus that mattered most. Larry Griggs, the former director of the Educational Opportunity Program, and Janet Nishihara, the current program director, are two people Dempsey credits with helping him to pursue graduate and doctoral studies.

While still an undergraduate, Dempsey attended a summer program where Griggs and Nishihara spoke as part of a panel. That’s when he heard something he had never considered before.

“You can get your master’s. You can do it,” Nishihara told the audience.

“That really blew me back,” Dempsey recalls. “Here we hadn’t even finished our bachelor’s.”

“I’m going to say something more powerful than what Janet told you,” Griggs said. “You can get your master’s degree and your Ph.D.”

“He just said it like it was as easy as drinking water,” Dempsey recalls. “He said it like he was so confident that we had the ability to do that if we wanted to.”

To Dempsey, the message was clear. If you want something, and you have the ability to do it, don’t let anyone talk you out of it. Those powerful words stuck with him as he went on to earn bachelor’s (Psychology, ‘93), master’s (Counseling, ‘96) and doctoral (Counseling, ‘10) degrees from Oregon State University. 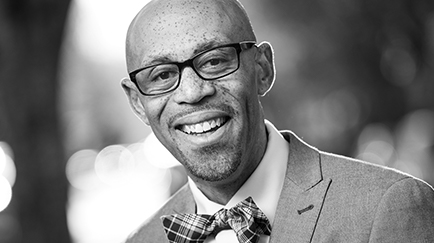 Now an associate professor and department chair in the graduate counseling program at George Fox University in Newberg, Oregon, Dempsey has been recognized with numerous awards for his leadership and work in social justice, education and counseling.

Because he knows the challenges, Dempsey and other alumni are working to connect, encourage and advocate for current and future Black students through a new Oregon State Alumni Association group, the OSU Black Alumni and Friends Network. He hopes that through volunteering and service, others will experience what he has.

“I am proud about having a connection with OSU as we work together to support current and future Black students,” he says.

Dempsey feels good about the education he received at Oregon State. But it almost didn’t happen.

When Dempsey was a student at Benson High School in Northeast Portland, he met with a school counselor to talk about going to college. Dempsey was a good student and had decent grades.

“Well, you are not college material,” the counselor told him.

To a young man from a part of town deemed to be so negative, those words wield the dissuasive effects of discrimination.

Instead, Dempsey listened to his mom and his track coach, Oregon State alumnus Leon McKenzie, ’77. They encouraged him to pursue college against the guidance of his counselor.

Oregon State has made progress in identifying and addressing barriers to student success. But the need to encourage and assist Black students remains. Finding meaningful roles for alumni to stay connected is key.

Dempsey hopes the Black Alumni and Friends Network will be used to connect students with alumni to provide informal networking and possibly mentoring.

Dempsey knows the voices that young people from his community are hearing, making them wonder like he did, “Maybe I don’t have what it takes to go to college.”

Dempsey wants to drown out doubt.

“There are going to be some folks who are supportive of you and some folks who don’t believe in you,” he says. “Trust yourself, your ability, your gut.”