In 2006 former students and other supporters raised funds to create an endowed professorship in honor of geologist Robert Yeats. An OSU professor emeritus, Yeats spent more than 35 years researching and teaching earthquake geology and active tectonics. 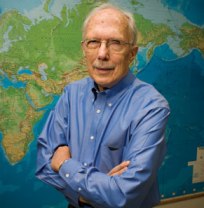 He was one of the pivotal scientists in the formation of the discipline of earthquake geology and one of the first who used the science of structural geology to understand why earthquakes were happening in a specific area. His research focuses on reverse thrust faults, in which one block of land rises up over the other, and he is well-known for his work on the blind thrust fault — a reverse fault that never reaches the surface — that caused the disastrous 1994 Northridge earthquake in California's San Fernando Valley. He has also conducted extensive studies of other faults in California, Oregon, Washington, China, Pakistan, India, Afghanistan, New Zealand, and Japan.

During his career at OSU and at Ohio University, Yeats has mentored more than 50 graduate students, and he and his students have published more than 135 papers in the field. Yeats and his students also pioneered the use of oil company data in mapping earthquake faults. A strong advocate for the public communication of science, Yeats has published two practical guides on earthquakes, Living with Earthquakes in the Pacific Northwest and Living with Earthquakes in California. He is also the first author of Geology of Earthquakes, the standard textbook worldwide for the subject.

Building on Yeats' legacy, the endowed professorship supports a leading faculty member who teaches and conducts research in earthquake geology and active tectonics that will inform engineers and policymakers about earthquake hazards. 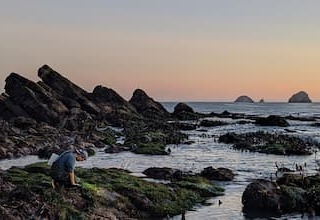