Tony Williams is partner and chairman of Washington2 Advocates (W2A), a government relations and public affairs firm that specializes in solving problems with local, state, and federal governments. W2A is based in Bellevue, Washington, and has offices in Washington, D.C. and Portland, Oregon. Mr. Williams helped launch W2A after a 15-year career on Capitol Hill, where he managed political campaigns, worked as a press secretary and served as Chief of Staff to U.S. Senator Slade Gorton.

Mr. Williams served on the OSU Foundation board from 2007 to June 2015, returning in July 2016. He serves on the External Relations Committee and the Compensation and Talent Management Committee. Mr. Williams is a founding member of The Beaver Caucus Board and was instrumental in its creation.

As a student, he joined the Pi Kappa Alpha fraternity. Mr. Williams earned his B.S. in technical journalism from Oregon State University in 1987. 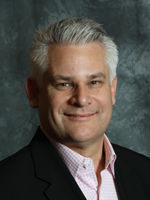