Daniel E. Jarman is president of Crosswater Strategies, a government relations, public affairs and communications firm. A resident of Lake Oswego, he previously worked 20 years at a leading Pacific Northwest public affairs and public relations firm, in addition to holding several senior staff roles in the Oregon Legislature before becoming a lobbyist. He also worked in Washington, D.C., on Capitol Hill and at the American Red Cross national headquarters.

He completed his political science degree at Oregon State before earning his MBA at the University of Portland. Jarman has served on the OSU Alumni Association board since 2015 and is also a member of the Oregon State Capitol Foundation board and Oregon Zoo Foundation. 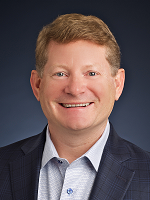