Doug Layman is currently a partner with Arve Capital Management and an angel investor. He is the president and co-founder of Kadix Systems, a management consulting firm focused on the federal government. Mr. Layman served as the company’s president, and Ms. Layman was CEO. From co-founding the company in 2002, Mr. Layman grew Kadix from three to 300 employees. Prior to Kadix Systems, Mr. Layman was the CEO of CareerRewards, Inc. a venture-funded Internet-based recruiting software company.

Mr. Layman graduated from Oregon State University in 1987 with a B.S. in industrial engineering. As a student, he participated in Cardinal Key and Thanes honorary societies and Tau Beta Pi engineering society. Mr. Layman also holds an M.B.A. from Georgetown University. 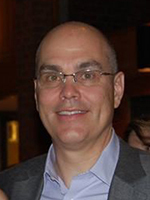