Mr. Zamsky is chief operating officer of the Fixed Income Division at Morgan Stanley in New York City. He has over twenty years of experience in the bond market as a trader, investor, and analyst, and was previously the global head of credit trading at Morgan Stanley, which he rejoined in 2009. Prior to that, Mr. Zamsky was a managing director and portfolio manager at Pequot Capital Management and had worked in similar capacities at Morgan Stanley and Fidelity Investments. He began his career with a large San Francisco accounting firm.

Mr. Zamsky served as an OSU Foundation Trustee from 2010 to June 2016, returning in July 2017. He has served as investment chair of the Finance Committee and as a member of the Executive Committee and the Committee on Trustees. Mr. Zamsky is a member of the College of Business Finance Circle. He was honored by the college in 2008 at its Centennial Celebration as one of its Top 100 Alumni and received the Distinguished Early Career Business Professional award in 2009.

Mr. Zamsky graduated from OSU in 1990 with a B.S. in accounting. As a student, he was active in Lambda Chi Alpha fraternity and the OSU Student Foundation. Mr. Zamsky earned his M.B.A. from the University of Chicago in 1995. 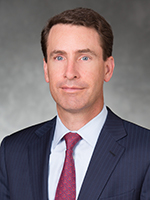